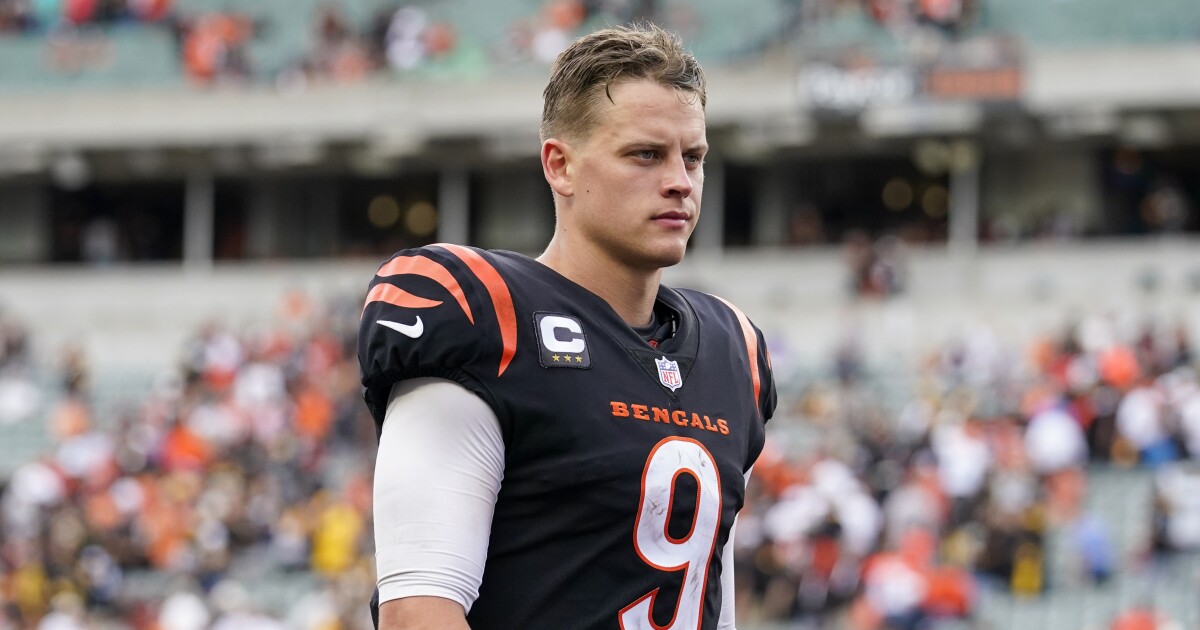 CINCINNATI — Cincinnati Bengals’ QB Joe Burrow is among the finalists for The Associated Press 2022 NFL Most Valuable Player and Offensive Player of the Year awards.

The winners will be announced at NFL Honors on Feb. 9. A nationwide panel of 50 media members who regularly cover the league completed voting before the start of the playoffs.

Burrow finished fifth in the regular season for total passing yards among NFL quarterbacks and was tied for the 2nd most for passing touchdowns with Josh Allen, second only to Patrick Mahomes.

Hurts had 3,701 yards passing, 760 yards rushing and 35 touchdowns combined, leading the Philadelphia Eagles to a 14-3 record in the regular season and the No. 1 seed in the NFC. The Eagles (15-3) are in the NFC championship game for the second time in six seasons.

Jefferson led the NFL with 128 catches and 1,809 yards receiving in his third season with the Minnesota Vikings. Jefferson was one of two unanimous choices for AP All-Pro along with Chiefs tight end Travis Kelce.

Burrow will face Mahomes in the AFC Championship to settle who is the better quarterback this Sunday at 6:30 p.m.