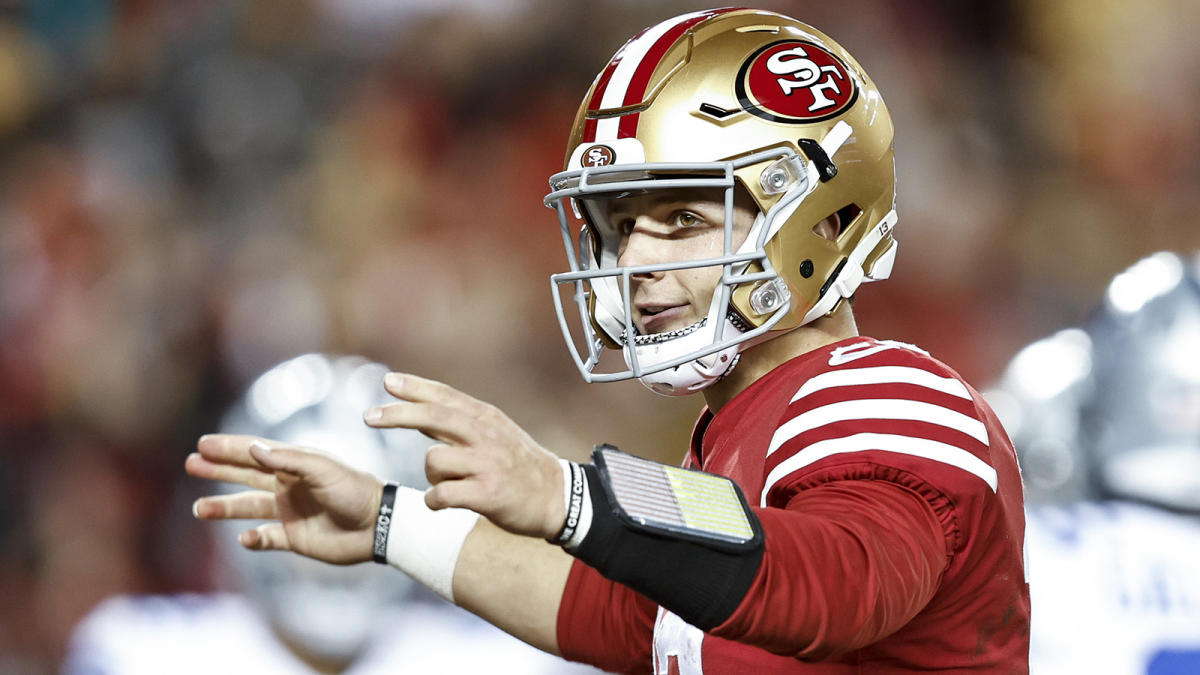 Quarterback Brock Purdy was named one of three finalists for the 2022 AP Offensive Rookie of the Year on Wednesday.

Purdy, who earned the nickname Mr. Irrelevant as the last pick of the 2022 NFL Draft, will go up against two fellow finalists in Seattle Seahawks running back Kenneth Walker and New York Jets receiver Garrett Wilson for the award.

Purdy was selected 252 picks after Wilson (No. 10 overall) and 211 picks after Walker (No. 41). He took over as the 49ers’ starting quarterback when Jimmy Garoppolo went down with a foot injury Dec. 4 against the Miami Dolphins.

The rookie guided San Francisco to a win that afternoon and hasn’t lost any of his seven starts. He went 5-0 in the regular season and is off to a 2-0 start in the playoffs. In the 49ers’ pair of playoff wins, Purdy has thrown for 546 yards, three touchdowns and no interceptions, adding up to a 109.9 passer rating.

Purdy is among five 49ers players and coaches to be recognized as finalists for NFL awards.

Nick Bosa, who led the NFL in sacks this season with 18.5, is a finalist for the AP Defensive Player of the Year, along with Kansas City Chiefs defensive tackle Chris Jones and Dallas Cowboys linebacker Micah Parsons.

Running back Christian McCaffrey was named a finalist for the AP Comeback Player of the Year award. McCaffrey, who joined the 49ers via trade after Week 6, totaled 1,880 yards from scrimmage and 13 touchdowns for San Francisco and the Carolina Panthers in 17 games after played 10 games the past two seasons combined.

After guiding the 49ers to a 13-4 record and another NFC Championship Game appearance, Kyle Shanahan is a finalist to win AP Coach of the Year. Only two coaches in 49ers history have won Coach of the Year — Bill Walsh in 1981 and Jim Harbaugh in 2011.

The winners of these awards will be announced at the annual NFL Honors ceremony on Feb. 9 and will air live on NBC and Peacock.