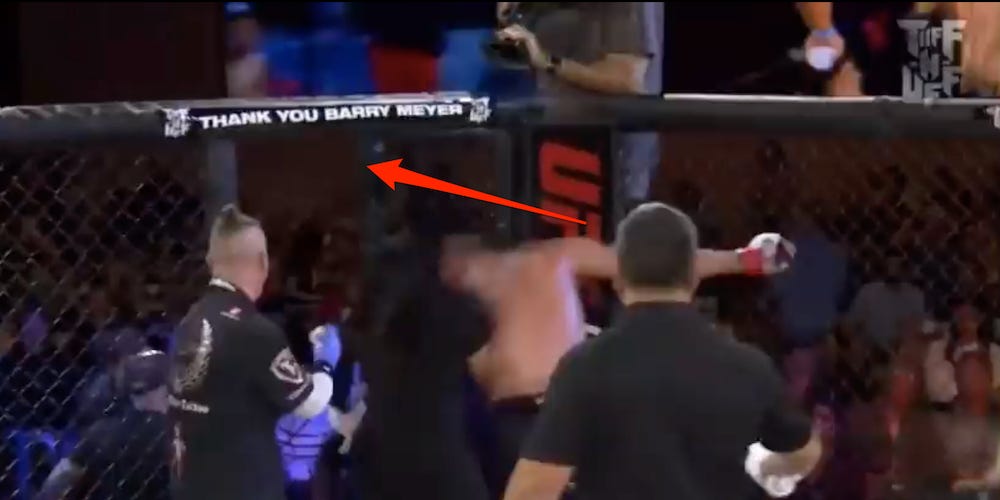 Thanks for signing up!

Access your favorite topics in a personalized feed while you’re on the go.

Daniel Compton defeated Maki Pitolo in the main event of a TuffNUff event before all hell broke loose Sunday at the Circa Resort and Casino in Las Vegas.

TuffNUff is a predominantly amateur association, but the second of its back-to-back weekend shows featured six professional bouts, with Compton and Pitolo vying for the organization’s middleweight title.

Compton made Pitolo tap with a submission midway through the third round of the title bout, celebrated nonchalantly around the periphery of the cage, but suddenly exited the gate and confronted various people ringside.

TuffNUff commentators appeared perplexed at the time, with MMA reporter and presenter John Morgan asking: “What’s going on? Why’s he trying to get out of the cage? Is he trying to attack somebody?”

Morgan then said the “Maki Pitolo crew is not happy.”

‘It is now time to exit the building’

Video appears to show a disturbance in the crowd with various people getting into physical altercations before security and Las Vegas Metropolitan Police officers restored calm by separating everybody.

“We’ve got a little bit of a scene here, folks,” Morgan adds, before his co-commentator said he was getting out of there.

Over a tannoy, an announcer could then be heard telling the crowd: “Attention all attendees: It is now time to exit the building.”

And with that, TuffNUff 130 was over.

MMA journalist Alex Behunin, who was the first to report the incident, said Compton’s win was “beautiful” but that it “will be forgotten due to his unprofessionalism.”

Insider contacted TuffNUff regarding the details in this story but did not receive an immediate reply.

Compton had a pro MMA record of seven wins against two defeats heading into the Pitolo fight.

Marcin Tybura happy Jon Jones is at heavyweight: ‘It would be awesome to challenge him in the future’ – Yahoo Sports

Daniel Cormier: Colby Covington will end up in UFC welterweight ‘no man’s land’ if he stays inactive – MMA Junkie